This commercial property for sale in Merida is located near Santa Ana and Santa Lucia Parks, the best location in downtown Merida’s historic centro.  Santa Lucia Park is just two blocks from the Plaza Grande, and is the site of many city-sponsored musical and other outdoor events. And Santa Ana, an area heavily populated by foreigners, anchors one end of the famous Paseo de Montejo, the tree-lined boulevard that connects Merida centro to the north of Merida.
The building is built out as a restaurant, which comes fully furnished except for the art collection and some items of furniture. There is a liquor license and food license in place, both valuable commodities in Merida. These licenses can take years to acquire otherwise. The restaurant comes with a fully-stocked bar, utensils, plates, glassware, kitchen items and more. It is a turnkey restaurant space, just waiting for the right owner who wants to open up his own establishment.
In addition to the restaurant downstairs, there is a two bedroom, one bathroom apartment upstairs as well. So you can live upstairs in a great downtown Merida location while you build your business! 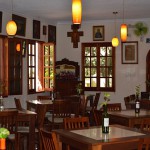 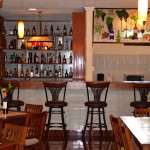 …with chairs and stools… 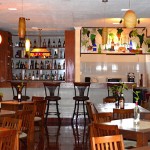 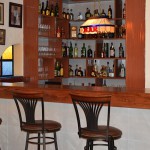 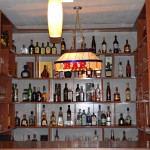 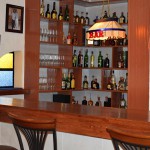 …with an overhead light… 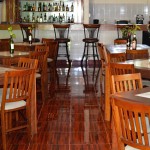 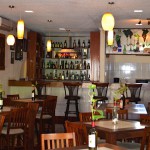 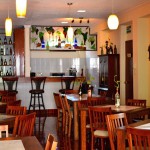 …and plenty of seating… 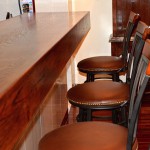 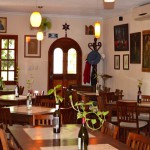 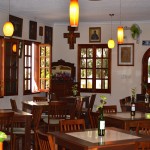 … and surrounded by windows. 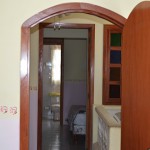 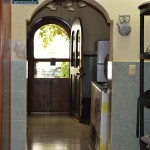 …opens to the back door… 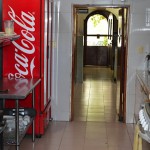 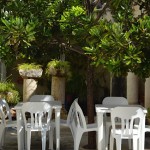 …and there is outdoor seating in the garden. 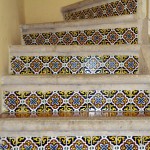 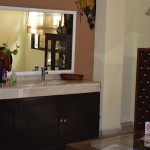 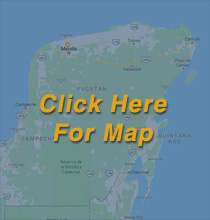